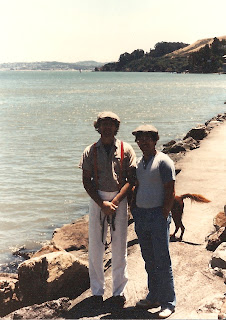 Spending time in San Francisco with my close friend and good coaching colleague, Kevin Wilson. Kevin was an All American point guard at Ashland College in Ohio, playing for Bill Musselman. Kevin came to Minnesota as an assistant coach and we became friends in 1971. Kevin is the Director of Admissions at Bethany College in West Virginia. 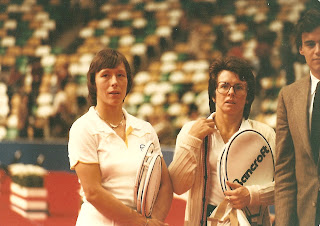 In the middle of the basketball season, Martina Navratilova and Billie Jean King played tennis at the Metropolitan Sports Center. I saw many exciting events at the Met Center which has now been replaced by the Mall of America and Ikea. 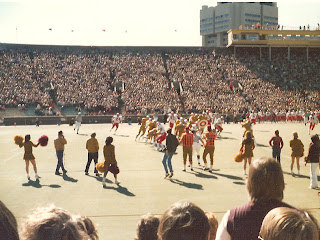 In the 1970s the University of Minnesota played outdoor football at Memorial Stadium. The new outdoor stadium on campus will open in 2009. 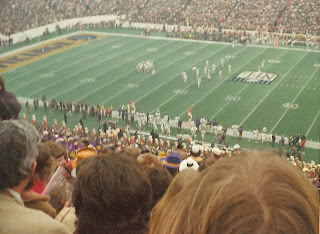 My close friend Joel Adamic and I drove his car from Minnesota to Texas for Super Bowl VIII. The Minnesota Vikings played the Miama Dolphins for the world championship. 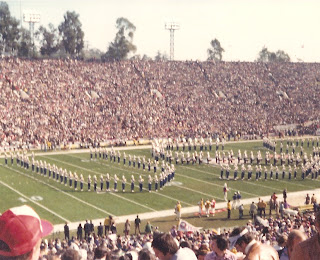 Roxy and I flew to southern California in January 1977 for Super Bowl XI. The Minnesota Vikings played the Oakland Raiders in Pasadena at the Rose Bowl. What a beautiful place to watch a football game. Later we made our first visit to Disneyland. Back home in Ladysmith/Rice Lake it was -63 degrees, one of the coldest days in Wisconsin history. Temperatures in California were in the 90s.

Hi,
Sports, playing and coaching, were the biggest part of the 1970s for me. I am very proud to be a graduate of the University of Minnesota. Many people influenced my academic life on campus, especially March Krotee, my graduate school advisor, and Ivie Hansen. Ivie was the Senior Executive Secretary for the Women's Athletic Department. As a freshman, my first day on campus, I was interviewed for a work-study position and I worked for Ivie right up until the last day I was a student on campus.
We must always remember that in any success we've had in our lives, God has used people to be a blessing. Always remember to have a heart filled with thanksgiving. Remind yourself today to be a special blessing in someone else's life!
Shalom,(for more information on shalom, see the Truth blog at www.wordtruthlife.blogspot.com )

Bill
Posted by TheSpokenWord at 10:35 AM