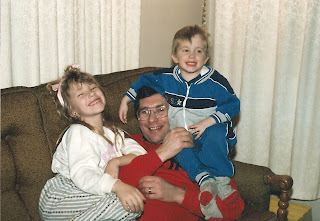 Kristine and Nick have always known how to have fun with Dad!

1. When he heard women praising a man's battle victory with song, who became jealous?
2. When God accepted his brother's first-born sheep as an offering, who became so jealous he turned into a murderer?
3. What personal assistant of Moses became jealous of Eldad and Medad when they prophesied?
4. Who was arrested because the Jewish leaders were jealous of his popularity with the people?
5. Who made Philistines so jealous, because of his success with cattle and crops, they filled up his wells with earth?
6. Name Jesus' parable in which a brother became jealous because his father celebrated another son's return from travels and revelry with a feast.
7. Which jealous woman was responsible for having a slave girl and her son banished to the wilderness?
8. Who was sold into slavery because his jealous brothers believed their father "loved him more than all his brethren"?
9. Which two preachers were expelled from a city because of jealous Jewish leaders?
10. Which childless woman was jealous of her sister's fertility?

Answers and a new quiz will be posted next Thursday!
Posted by TheSpokenWord at 11:37 AM